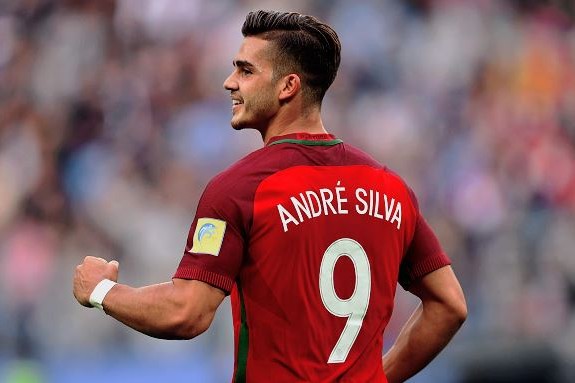 Professional soccer player André Miguel Valente da Silva AKA André Silva was born in Baguim do Monte, Portugal in the year 1995, November 6. His current Age is 22 years old. He belongs to Portugal nationality. André was named after his father, Álvaro Silva. He is currently twenty-two years old and a football player by profession who plays as a striker for Italian club A.C. Milan and the Portugal national team.

Silva started playing football with Porto-based S.C. Salgueiros, now renamed as Salgueiros 08 in 2003. During the year 2007, he went to Boavista FC but later returned to his previous club Salgueiros in 2008. Silva began his senior career as a footballer in 2013 playing for FC Porto B-team. He was brought up in FC Porto’s first team in 2015. André Silva's first professional game from FC Porto's was against S.C. Beira-Mar on 12 August 2013, coming as a substitute for Tozé on 77th minutes as the B-team won 3–2 away against S.C. Beira-Mar for the Segunda Liga championship. André Silva finished his second season helping Porto B-team in the second level to the 13th position with thirty-four games and seven goals. He made his first competitive debut playing the full 90 minutes on 29 December 2015 in a 1-3 home loss against C.S. Marítimo for the Taça da Liga. In the 2015-16 campaign, Silva started as fourth-choice striker behind Aboubakar and Dani Osvaldo. André began 2016-17 campaign in good form and also signed new five-year contract on 21 August 2016, which included a release clause of €60 million.

On a five year contract, Silva moved to Italian Serie A side A.C. Milan on 12 June 2017 for a fee of €38 million with the additional €2 million depending on objectives. On 27 July, André made his first debut for the club playing 24 minutes against CS Universitatea Craiova for the third qualifying round of the UEFA Europa League in the 1-0 win. Silva contributed with two goals and one assist to a 6-0 home routing of KF Shkëndija on 17 August in the play-off round for the same competition. André became the first player to achieve the feat in Europe since Kaká in 2006.

Due to his marvellous performance in the following years, André was selected for the 2017 FIFA Confederations Cup. On 24 June, he scored his first goal in the competition playing full 90 minutes in the 4-0 defeat of New Zealand.

According to the source, after Paulo Futre and Rui Costa, André Silva is the third Portuguese to play for AC Milan. After Rui Costa, Silva is the second most expensive signing in the history of AC Milan transfer for €38m plus bonuses. Among only five players to have scored at least six goals in 2018 FIFA World Cup, André is the youngest footballer. With Julen Lopetegui, currently Spain’s national player, André made his first Porto debut. Silva scored a brace against Barga in the 2016 Portuguese Cup Final, a spectacular bicycle kick: the 2-2 was a masterpiece of a goal. André Miguel Valente da Silva became the youngest Portuguese player ever to score a hat-trick for his national team in just 25 minutes against Far Oer on 10 October 2016. Silva can play as a centre-forward, support striker or on the right wing, but he had more humble beginnings.