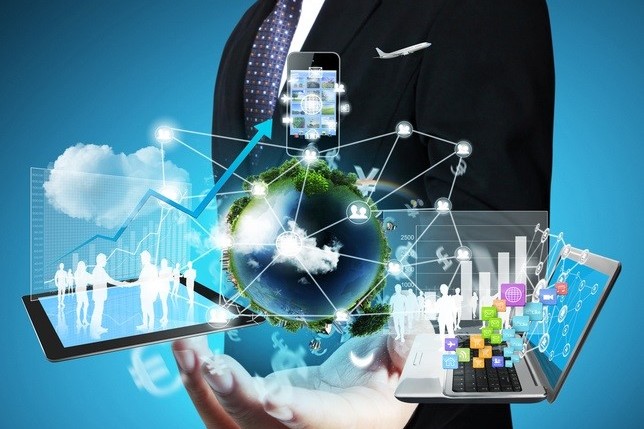 Top Jobs People Will Have In 2020 in Information Technology (IT)

Everyone in Information technology is curious about the ques that which will be the highest paid job and brings the best opportunity for advancement in coming future? According to U.S. Bureau of Labor Statistics By 2020 employment in all computer occupation is expected to increase by 22 percent but also some fields in Information technology will be derived far better than others. After digging on various sites and data we had come upon the top 10 jobs in 2020 with growth rates and salaries. These top 10 job will experience the fastest growth through 2020, possess top employment rates, pay salaries well over the average and provide a scope of advancement opportunities.

1. Mobile Application Developer: Mobile app development is rated as the fastest growing occupation in the world.  Smartphones, tablets are being the communication medium and way of doing business innovation of app development is increasing in incredible speed. According to the data, Its 10-year Growth PCT was 32 percent which is much faster than the average with the growing volume of 292,000 new jobs. Its Average salary according to the US Bureau of Labor Statistics tends to be $95,000.From the data, we can imagine the scope and demand for the mobile app development job in near future. Since tech giant company like Google and Apple platforms will continue to offer the most job for mobile app developers.

2. Database Administrator: As in emerging technology field data is being more valuable day by day. To control, store, analyze, retrieve information from data to keep it secure trained and certified DBAs are required. Since the value of data is increasing so does the job opportunity for DBAs are increasing the rate of 31 percent which is also more than average. The 10-year Growth volume is predicted to 33,900 new jobs and has average salary $82,000.

3. Software Engineer:  Demand for software engineers is increasing due to the technology advancement, virtualization strategy and sophistication and adoption of the electronic data-processing system. The US Bureau predicts that software engineer jobs will be increased by 30 percent or 270,900 through 2020 which is also more than average and has an average salary $90,000.

4. Video Game Designer: Over the last few decade video gaming is increasing rapidly with $65+ billion gaming industry. With the growing market for console and PC games along with increasing popularity of graphics capability and processing power has open the employment gate for game designers, artists and programmers. Game designers have also benefit to growth in private and public sector which desires for intelligent simulation programs e.g. Military flight simulation. The bureau forecast video game designer job will increase by 30 percent or 270,900 which is more than average and has average salary $80,000.

5. Network Administrator:  As the organization are investing in new systems, network technologies and allowing BYOD policies into corporate using internet to run business online culture which results in increasing the job opportunity for network administrators and network managers. They are supposed to support a business run securely utilizing evolving technologies and communication tools. According to the US Bureau data, the job scope for network administration will grow by 28 percent or 96, 6000 has average salary $69,000.

6. IT Security Specialist: Security is always the top concern in every business and according to the computer worlds 2012 IT forecast that it is difficult to find good talent with information security skill which means is in high in demand. The job scope will increase by 22 percent or 65,700 has average salary $87,000 which is the indication for technology professionals to advance their security skills.

7. Computer System Analyst: Reliance on technology has been growing day by day which makes the growing job opportunity for computer System analyst. Thanks to computerized healthcare and spread mobile networks which helped in uplifting the system analyst job. The job is expected to rise to 22 percent or 120,400 by 2020 and existing average salary is $79,000.

8. Web Developer: With increasing number of online business and services, web developers and designers job are also expanding. The proliferation of social networking, social media and another build up the demand for web developers. According to the bureau, it is predicted that this job will be proliferated with 22 percent or 65,700 by 2020 and has average salary $91,000.

9. Health Information Technician:  Healthcare is a key field for the production of more new computer jobs since 2012 to 2020 than any other single industry. The practice of adopting centralized electronic medical record (EMR) systems, is driving unprecedented hiring of health information technician, they are trained and certified however needs education of 2-year degree program in Health It. The bureau forecast that this job will grow 21 percent by 2020 and existing average salary is $ 46,000.

10. Technology Manager: This job is independent of the growth rate of IT workers. Increasing rate of job career in IT like software engineer, database, network through 2020 will turn in creating job demand for IT managers as well. The bureau has predicted it will grow by 18 percent 0r 55,800 new jobs. It Managers existing average salary tends to be $111,000.