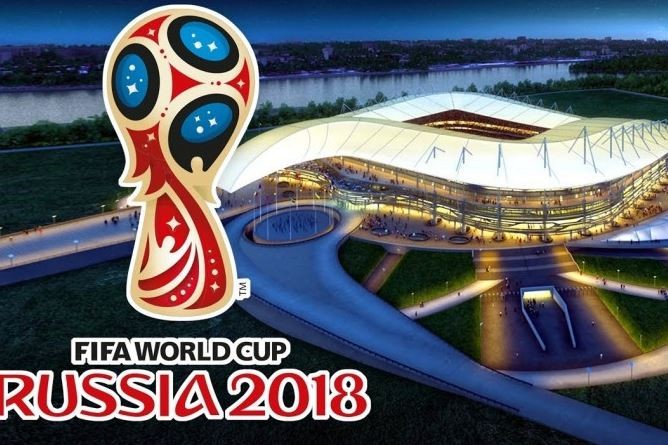 FIFA World Cup 2018 will be held in Russia. FIFA world cup 2018 will be 21st World cup in football history. FIFA World cup is scheduled from June 14 to July 18 in the year 2018. Russia gets the rights to host the FIFA world cup in 2018, officially provided by FIFA on December 2, 2010. Almost after 12 years, European country is going to host this tournament. Last time it was held in Germany in 2006. In this tournament 32, national teams will take part from different continents through qualifying round played by each team from their representative continent. Around 64 Matches will play throughout the tournament in 12 different venues around the country. As per source, the Final game will be held in the capital city of Russia, Moscow at the Luzhniki Stadium.

FIFA world cup 2018 Matches will host in 12 Venues of 11 Cities of Russia, host cities are Kazan, Moscow, Nizhny Novgorod, Kaliningrad, Krasnodar, Rostov on Don, Samara, Sochi, Volgograd, Saint Petersburg, Saransk, Ekaterinburg and Yaroslavl. These cities are inside the European side Russia to make easy for all the teams for the time consumed to travel from one place to another. Almost, all the stadiums were modified or constructed from September 12, 2012. FIFA finalized the stadiums for the world cup to 12 stadiums around the country with Cities Krasnodar and Yaroslavl released from the list. After meeting between local committee and FIFA, on October 8, 2015, they both agreed with the name of stadiums and venues for World cup 2018 Games during the tournament. 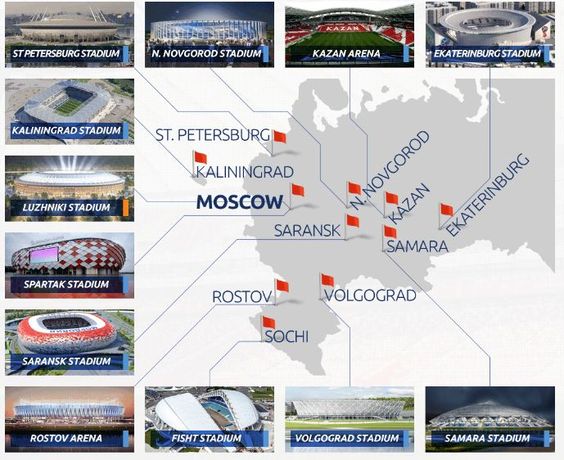 OtKrytiye Arena which is also known as Spartak Stadium. This stadium is in Capital city, Moscow. Stadium capacity is only around 46,000. Group Stage and Knockout games will be played in Spartak Stadium.

Saransk stadium‘s name as Mordovia Arena is one of the beautiful stadium in the country. This stadium is a new stadium, recently built for World cup 2018. The seating capacity of this stadium is around 45,000. Only Group stage matches will be played in this stadium.

Sochi’s Stadium name is Fisht Olympic Stadium (Fisht Stadium). The seating capacity of the Fisht stadium is around 48,000. Fisht Stadium was reconstructed for World Cup 2018. Group stage, a round of 16 and quarterfinal matches will be played in this stadium.

Ekaterinburg’s stadium name is Central Stadium which has increases their capacity of seats from 35,000 to 45,000. Only a few group stage matches will be played in Ekaterinburg Arena.

Samara’s stadium name is Cosmos/Samara Arena, this stadium is also newly built stadium in the country. Cosmos Arena’s capacity is around 45,000. Group stage, a round of 16 and quarterfinal games will be played in this stadium.

Nizhny Novgorod Stadium is one of the new stadium in the country with capacity seats of 45,000. Group stage, a round of 16 and quarterfinal matches will be played in this stadium.

Kazan Arena is also one of the popular stadium in the country. The seating capacity of Kazan Arena is around 45,000. Group stage, Round of 16 and Quarter Final will be played in Kazan Arena.

Volgograd Stadium seating capacity was upgraded with almost 45,000 seats after the stadium name listed as the venue for World Cup Matches. Only a few group stage games will be played in Volgograd stadium.