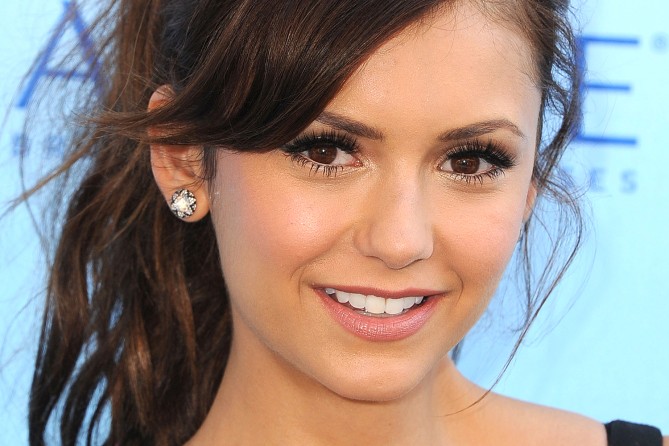 Nina Dobrev the famous actress was born in Sofia, Bulgaria on January 9, 1989.  Her full name is Nikolina Constantinova Dobreva who is renown by Nina Dobrev. She attended Wexford Collegiate, an arts School in Toronto. She did her post-secondary studies at Ryerson University in Toronto with majors in Sociology. She was also trained at the Dean Armstrong Acting Studio in Toronto. From a very young age, she showed great enthusiasm and talent for arts: Dance, Gymnastics, Theatre, Music, Visual arts, and Acting. She is best known for her roles like Elena Gilbert, Katherine Pierce, Amara on the Vampire Diaries and Tatia on The Originals and Mia Jones in Degrassi: The Next Generation. Dobrev has also been featured in various movies.

Nina moved to Canada at the age of two and has live in Toronto, Ontario until 2009. Dobrev is multilingual and speaks English, French and Bulgarian.

About her relationship status, this beautiful actress in single. Though she was in a relationship with her co-star Ian Somerhalder, who portrays the character of Damon Salvatore in “The Vampire Diaries”, for three years. However, things did not go well between the two and they officially broke up in 2013. Briefly, she was linked to ‘Dancing with the Stars’ dancer Derek Hough. The two showcased their love for each other candidly on social networking sites before calling it off in October 2013.

She claims to be a tomboy and loves to swim. She carries her swimsuit all the time so that whenever she has an urge for swimming she can go for it.

Nina Dobrev first started her career out as a model which led to commercials and film auditions. She was lucky enough to grab a lead role in 2006 on television series ‘Degrassi: The Next Generation’ on CTV. After this In 2007 she was seen debuting on the big screen with ‘Fugitive Pieces ‘and on same year she also featured in movies such as ‘How she Move', ‘Away from her’,’ The Poet’ and ‘Too Young to Marry’. In 2009, Nina Dobrev earned herself a lead role in the CW’s supernatural drama series ‘The Vampire Diaries’. This series achieved worldwide success and her portrayal of the characters received critical acclaim.

This all-rounder actress inheres a sophisticated father Konstantin who is a computer specialist and mother Michaela who is an artist. She has an older brother, Alexander. Her cousin, Jeny Nikolova, is a model in Canada. It may be the result of sophisticated family background that Nina possesses the natural skill.

Nina competed in rhythmic gymnastics as a girl and represented Canada internationally in aesthetic group gymnastics. Her Big break came when she was cast as teenage mom Mia Jones on Degrassi: The Next Generation in 2006. Nina believes The Vampire Diaries was the first pilot she ever auditioned for.  In Vampire dairies she used to play with alongside Ian Somerhalder and Paul Wesley. The Vampire Diaries was one of the famous TV show. She is also awarded for giving her great performance. She won an award for People’s choice award and teen choice awards.

Nina enjoys playing volleyball, soccer, swimming, rock climbing, skateboarding, snowboarding and horseback riding. But above all acting is her passion, she sees it as an adventure. Her Instagram id is @nina.