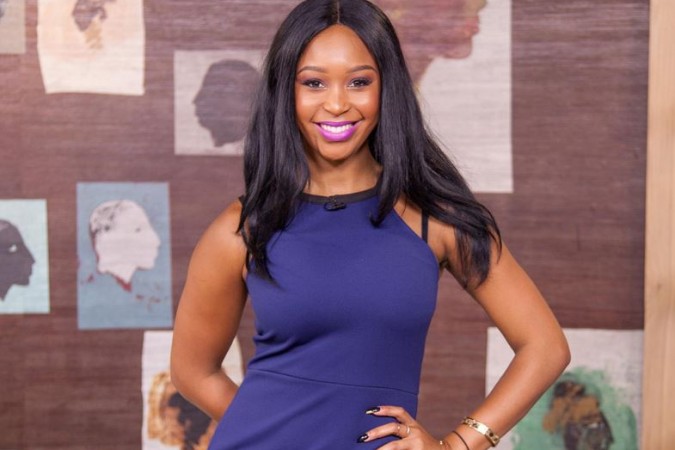 Minnie Dlamini is a famous and popular South African on-air personality, actress and model. Minnie Dlamini was selected as the new presenter for LIVE, a South African music show that airs on SABC 1 in 2010. There is no surprise that Minnie is one of South Africa’s biggest celebrities with her star power. While she was still in university, she entered the live presenter search which was at the time headed by Tbo Touch, Bonang Matheba, Phila Mazibuko and Sizwe Dhlomo.

Minnie Dlamini was born on the 7 July 1990 in Durban, Kwa-Zulu Natal. Her parents have two other children named Maphe Dlamini and Khomeini Dlamini. Minnie has described her brothers as her best friends. She attended Northland Girls’ High School for her secondary education and went on to study Film, Media, Drama, and Economics at the University of Cape Town. Minnie Dlamini is of black ethnicity and she holds the citizenship of South Africa. Minnie Dlamini height is 5 feet and 5 inches. Minnie Dlamini is at the age of 27 to date.

Minnie Dlamini started her career by winning the competition in LIVE. Within a few months of Live, she landed the role of ‘Miranada’ on Generations, one of the most popular shows on South African television.  After Live, Minnie and Phila Mazibuko were tapped to host another show named Mzansi Insider, making her stay on Live short lived. This gave her a chance to headline her own show despite being on the entertainment scene for less than a year. Minnie has also co-hosted the 14th Annual Metro FM Music Awards with her former co-host from live named Tbo Touch in 2015. That same year, she presented at the 9th Annual South African Film and Television Awards alongside Israel Makoe (A South African actor). Most recently in her hosting duties, she was tapped to host the 2017 AMVCA alongside IK Osakioduwa. The duo hosted the AMVCA 2016 edition. Her career continues to grow as the model and television host works tirelessly to build her empire.

Minnie began her relationship with Itumeleng Khune who is one of the most popular South African Men’s National Football Team and Kaizer Chiefs Goal Keeper. The couples on-again and off-again relationship sequence attracted a lot of media coverage especially in 2013, in the days leading up to the Africa Cup of Nations when the couple broke up. Despite getting back together, their relationship ended again in 2014. Minnie posted a photo on her Instagram wearing an engagement ring while holding a glass of champagne with the caption that “I said yes” in December 2016. Her engagement was later confirmed by her publicist, Jarred Doyle. On her relationship and engagement, Minnie confirms that while her fiance, ‘who has been her best friend for many years’, is very private, he has always been supportive of her career. She also expressed excitement over the thought of spending the rest of her life with him. But they also separated on the same year.