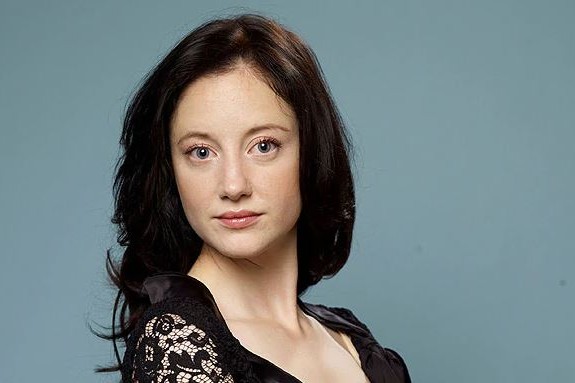 Andrea Riseborough is a famous and popular British stage and film actress. Andrea Riseborough played in movies like " Birdman or (The Unexpected Virtue of Ignorance), Oblivion, Welcome to the Punch, Disconnect, Shadow Dancer, W.E., Brighton Rock, Made in Dagenham, Never Let Me Go, Happy-Go-Lucky, Venus, Battle of the Sexes and The Death of Stalin.

Andrea Riseborough started her career as an actress. From the year 2005 to present time she is working in the entertainment industry with great success and achievement. She has a younger sister whose name is Laura Riseborough. Riseborough worked at Royal Academy of Dramatic Art for her early education. Later she also joined East 15 Acting School and started working with minor roles at the early time. She worked in Made in Dagenham during the year 2010 and also Never Let Me Go was a successful project undertaken by her. She also worked along with Helen Mirren and John Hurt within Brighton Rock. Her work in Oblivion in 2013 together with Tom Cruise within a supportive role is also counted as successful work undertaken by her. Because of her lead character in Margaret Thatcher, she got nominated in 2009 within BAFTA TV Award. She is also the winner of Royal Television Society Award. This seems Andrea is successful with her work in movies and TV shows and she credits her success in filmography to her parents. She co-starred in the acting ensemble of Birdman or (The Unexpected Virtue of Ignorance), which won the Oscar for Best Picture at the 87th Academy Awards. Riseborough also shared the Screen Actors Guild Award for Outstanding Performance by a Cast in a Motion Picture for the film. She co-starred opposite Steve Coogan in apartheid drama Shepherds and Butchers (2016). She joined the cast of Netflix's Bloodline for Season 2, as a series regular character, Evangeline. She acted as Emma Stone's love interest in the biographical sports film Battle of the Sexes, based on the 1973 tennis match between Billie Jean King and Bobby Riggs.