About The Big Bang Theory and its best Characters 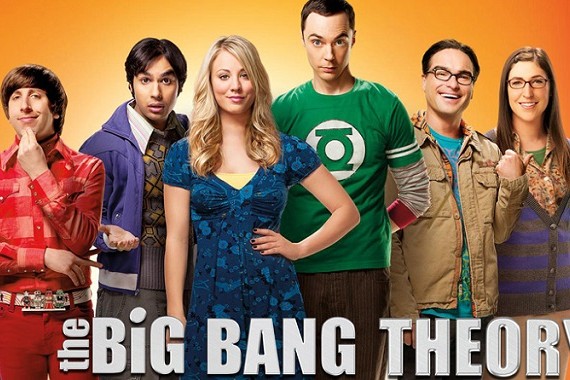 About The Big Bang Theory

The Big Bang Theory popular show on an American television sitcom which is created by Chuck Lorre and Bill Prady, both of them are producers of this series alongside Steven Molaro and directed by Mark Cendrowski. Big Bang Theory first season was shown on September 24, 2007, on CBS.  Recently, they premiered the Eleventh season from September 25, 2017. It will appear through 2018-19 Television Season.  Up to now, there are almost 233 episodes from season 1 to season 10 and recently season 11 is being on-air on American Television Columbia Broadcasting System (CBS).

This show is taken or shot in Pasadena, California. There are almost 11 characters in this show among them Leonard Hofstadter and Sheldon Cooper, they both are physicists at same company Caltech and they share an apartment with another charter name Penny who is a waitress and ambitious actress but later she became Pharmaceutical. Another character is Howard Wolowitz who is an aerospace engineer and his friend or partner Raj Koothrappali who is an astrophysicist. Another popular character is Amy Farrah Fowler who is a neuroscientist, Sheldon and Amy are both good friends, later became the girlfriend of Sheldon copper after being matched on a dating site. Bernadette Rostenkowski is the wife of Howard Wolowitz and she is a microbiologist and also former waitress with her partner Penny.  Stuart Bloom is the owner of the comic book store where Sheldon, Leonard and others as well used to visit regularly to this bookstore.  There are also few more characters like Sara Gilbert as Leslie Winkle who used to appear as a guest in few seasons, and Laura Spencer as Emily Sweeney also appeared in season 7-8 as a guest.

Leonard is a most amazing character in this show, he is a physicist with outstanding IQ. When he was just 24 years old he received PhD. He looks like a nerd and his hobbies are to play Video games and reading comic books which he used to bring from Stuart Bloom Store. He lives with Sheldon as sharing partner of an apartment in Pasadena, California. Penny is Leonard Hofstadter’s girlfriend after they meet each other in an apartment then later they got married.

This guy is the main reason behind big bang theory success, Sheldon is a funny person as well as the incredible guy who used to entertain with his character. He is from Galveston, Texas. Sheldon completed his PhD in just age sixteen. He is also physicist researching in quantum mechanics, string theory. Leonard and Sheldon work in the same company. Sheldon is determined as an amazing person with his intelligence. He is in a relationship with Amy Farrah Fowler.

Penny is a beautiful and pretty actress from Nebraska. Penny moves to the same apartment where Leonard and Sheldon used to live. She works in Cheesecake Factory after she lost her hope of becoming an actress which she used to dream of it. Penny became close friends with two pretty girls Bernadette and Amy. They usually hang out together in a weekend. Leonard is Penny’s boyfriend after they meet each other in an apartment then later they got married.

Howard is also a great character in this series. He is an Aerospace engineer as he is from a Jewish family who lives with his mother. He became hilarious when his mother debates with him. He usually went to space for different purposes as an astronaut. Howard started to date Bernadette then after they got engaged and married.

Rajesh is an astrophysicist from New Delhi, India. Rajesh is an innocent and intelligent boy. Rajesh is a shy person and is not capable to speak with ladies unless he drinks alcohol. Rajesh used to dates Kate Micucci as Lucy who suffer from social concern but later their relationship ends. After that, Rajesh started to speak with penny without drinking alcohol.

Bernadette is a funny character in this series. She is a Co-worker at Cheesecake Factory with her close friend penny. She is working there for her study purpose, she is studying microbiology. Penny introduces Bernadette with Howard later they started to date with each other than get married. Bernadette character is amazing and sweet especially her voice.

Amy is also a funny and amazing character in the series. Amy is from Glendale, California. Amy has done PhD in neurobiology. Amy usually loves social activities, romantic interaction and used to share with Penny and Bernadette. Sheldon and Amy get connected through an online dating site. Her relationship with Sheldon has been slowly progressing whereas, Sheldon considers Amy as his girlfriend.

Stuart Bloom is owner comic book store where all the characters like Leonard, Sheldon usually used to gather there and collects the books. Stuart completed his degree from Rhode Island School of Design. Stuart has a financial crisis, so he loves this store as home.  Stuart also works for Howard, for caring his mother. After the death of Howard’ Mother, Stuart still lives with Howard and Bernadette in the same house.