About Sadio Mane, and why is sadio mane popular footballer 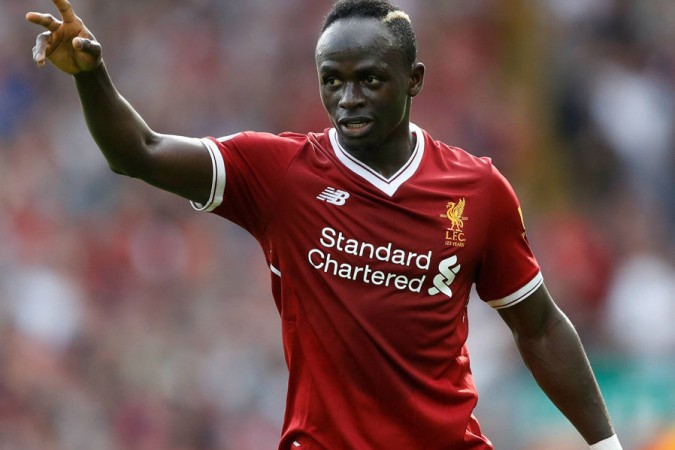 Who is Sadio Mane?

Senegalese who is known as Sadio Mane is a professional football player who was born on 10 April 1992 which makes him 25 years old. He plays as a winger for Premier League Club Liverpool and Senegal national team. His jersey number is 19. He is natively from Sedhiou Senegal and began his career with FC Metz in 2011.

Looking towards his personal Life he is 25 now and already achieved grand success becoming the most expensive African player in the history. His hard work and dedication paid off. From an early age, he was fascinated by football. Even sometimes he used to bunk classes and just play football in the street. He seems to be the much-dedicated guy in his games so there aren't any rumours about his private life and seems that he wants his private life to remain in privacy. Talking about his appearance he belongs to the black ethnic background. He stands 5 feet and 9inches tall and weighs 168pounds. As he is known as expensive African player, his net worth is high and probably makes a high range of money.

Why is Sadio Mane popular footballer?

Sadio mane used to play football from his early age which he later made his professional job. His early career started from The Academia Generation Foot, Senegalese football and Professional with a debut for Metz. He won Austrian Bundesliga and Austrian Cup. In 2014 he was signed by Southampton. Mane has also set the record for the fastest hat-trick. He has gained more than 40 caps for Senegal since his debut in 2012.He has also represented the national team in Olympics in the year 2012, 2015 Africa Cup of Nations and 2017 Africa Cup of Nations. On June 28, 2016, he has been transferred to Liverpool with a fee of $34 million on a five-year contract which makes him the expensive player.

Sadio Mane is popular footballer due to his playing techniques, skilled performance and better scoring in his games. Sadio Mane key attributes are pace. His speed in the field is incredible which has proven in the games of Liverpool.  He is quick, penetrative and skilful. Mane is also the one player who is happy to patrol the flanks. He is also the most valued player in the team Liverpool because he is still the top scorer in the Premier League. Looking towards his achievements and score during the games makes him popular. He can be said as one of the finest players in Liverpool team.  After scoring 3 times in 176 seconds in May 2015 Aston Villa, he became the record holder of Premier League’s fastest ever-hat- trick.  Mane isn’t a one-trick pony. He is a versatile player. He has the adeptness at playing in either role like out and out striker, a wide forward, in the number ten role or as an advanced midfielder. His flexibility must be appreciated.   Mane was also the fourth highest goal scorer from midfield last season and netted 11 times which makes him the top scorer in LFC. Neither of the LFC players has managed to score that sort of goal.

After knowing more about Mane, there is no doubt to say that he is skilled, versatile player which makes him expensive and popular footballer. To know more about Sadio Mane career and scores there is enough information on the known sites like Wikipedia.