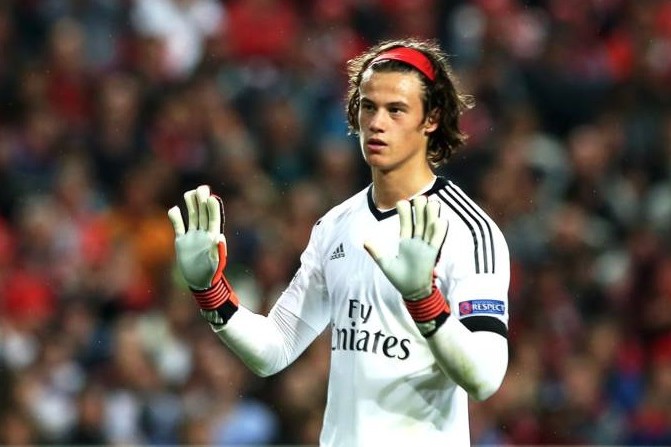 Mile Svilar is a teenage goalkeeper of Belgian football team, currently, plays for Benfica in Primeira Liga (Portuguese Sports club). Mile Svilar was born on 27 August 1999 in Antwerp, Belgium. His Nationality is Serbian-Belgian. His height is 6 feet 2 inches (1.89 m). He is the son of Rakto Svilar. Rakto Svilar played for Yugoslavia and was a goalkeeper for team Royal Antwerp. Mile Svilar became the youngest goalkeeper to appear in champions’ league. He made his champions league debut against Giant club Manchester United on October 18, 2017. He broke a record of Iker Casillas as the youngest goalkeeper (age 18 and 52 days) to play in Champions league.

Mile Svilar started his football career as the third-choice goalkeeper for team Anderlecht. At the time, his age was 16 years old. Svilar signed a contract with Anderlecht until June 30, 2018. He was also part of season 2016-17 but did not get a chance to appear in any games. Recently, Mile Svilar signed with Benfica for a five-year contract on August 28, 2017. He took jersey number 1 for Benfica. His first debut for Benfica was against Olhanense on October 14, 2017.As an International Career, Svilar had represented his country Belgium in a different tournament. He was a member of Belgium Under-16, Belgium Under-17, and Belgium Under-18. Svilar is a current member of the Under-19 side and also the first choice goalkeepers. In the near future, Svilar is eligible to play for Belgium or Serbia.

Belgium National Team had produced some big names for their country, from Jean Marie Pfaff-Michel Preud homme, Fillip De Wilde and currently, Thibaut Courtois. Courtois is known for one of the finest goalkeepers in the recent world. He is compared with David De Gea, Hugo Lloris and others as well. Courtois is age 25, played for Premier League Club Chelsea. Mile Svilar could be the future goalkeeper for Belgium National team and also for the clubs around the world. Since his childhood, Svilar was inspired from Spanish Goalkeeper Iker Casillas. Belgium National Team is in safe hands with Mile Svilar, even after Thibaut Courtois retirement they still got one of the finest goalkeepers.